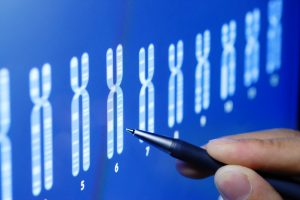 Madrid, March 31, 2017. A study carried out by Eugin claims that 2.9% of couples may produce children with serious genetic diseases. The paper, presented yesterday in Madrid during the first day of the General Gynaecologists Conference organised by the assisted reproduction clinic, reveals that the identified percentage of couples at risk of passing on genetic diseases to the future baby is considered high.

Entitled Preconception Genetic Screening, the study analysed the results of a sample of 3,366 people -2,380 women (patients and donors) and 986 men- who attended Eugin assisted reproduction clinics between March 2015 and November 2016.

All of them underwent the Genetic Compatibility Test, a blood or saliva test that detects the carrier status of up to 311 genetic diseases. Once the results were taken into account in men and women, they made 894 matchings of the results of the test of the future father and of the mother, or, where appropriate, the egg donor. As a result, 26 cases were detected in which there was a risk of transmitting genetic diseases to the future baby, which is known as "couples at high reproductive risk".

"These cases account for 2.9% of the total, a figure that can be considered high risk," says study author Dr. Guillen. "In addition, it is very often the case that this percentage rises to 6% in couples who go to Eugin clinics in order to undergo an in vitro fertilisation treatment," says the doctor.

Globally, 8 million children are born each year with a severe defect totally or partially derived from a genetic origin. The genetic compatibility analysis is a test that enables us to anticipate the existence of these mutations. The study carried out by Eugin also concludes that 43% of the people analysed carry at least one mutation, and that the most frequent are those related to cystic fibrosis, deafness or fragile X syndrome.

During the presentation of the study yesterday Dr. Guillen said that "all patients should be informed of the existence of the genetic compatibility test". In fact, Eugin was the pioneering clinic in Europe in applying a disease screening test on all its donors, which is something that it has been putting into practice for two years. In this regard, he stressed that "all future parents should know their options before having a child, including the risks of having a sick child."

A genetic assessment required by law

In the field of Assisted Reproduction Techniques, Royal Decree-Law 9/2014, which establishes the standards for the evaluation of reproductive cell donors, requires that "an assessment should be carried out of the genetic load in relation to the existence of autosomal recessive genes according to scientific knowledge and the known prevalence in the donor's ethnic background."

Until now, with the exception of cystic fibrosis and karyotype, which were systematically requested of all donor candidates, the remaining genetic tests were carried out based on the family history and/or the ethnicity of the individual. Dr. Guillen says that this system "has clear limitations for several reasons: the information about our ancestors is often inaccurate, the phenotype does not always correlate with genetic origin and societies tend to be multiethnic. The solution is for all candidates to undergo a genetic compatibility test regardless of their ethnicity," he says.

About the genetic compatibility test

The genetic compatibility test is a blood or saliva DNA study of the future parents, which allows us to detect whether the man or the woman are carriers of a genetic disease and can therefore pass it on to their children.

These tests detect the carrier status of each individual with respect to hundreds of genetic diseases with autosomal recessive inheritance or linked to the X chromosome. The diseases included are considered to be serious, in other words, they meet one or more of the following requirements: they cause an intellectual disability, require surgical or medical treatment for life, affect the quality of life and/or manifest in the foetus, newborn or early childhood.

The concept is not new. For a number of years, in specific geographic areas or ethnic groups, particular monogenic diseases with high prevalence have been screened: thalassaemia syndromes and sickle cell disease in Cyprus, Tay-Sachs disease in the Ashkenazi Jewish populations in the USA, or cystic fibrosis in the United States. "Now that it has become possible to expand or extend screening to hundreds of diseases and thousands of mutations - what we know as expanded carrier screening - is due to the technological advances derived from the Human Genome Project. It is technically possible and economically feasible," says Guillen.

EUGIN clinic offers the exclusive advantage of performing an online pre-diagnosis, whose algorithm draws on the results of thousands of patients. Thanks to this free service, women who have doubts about their particular situation, receive detailed information about the treatments that best fit their case, without any obligation on their part.