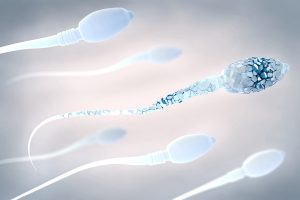 The intracytoplasmic sperm injection (ICSI) has established itself as an effective technique in assisted reproduction, but between 1 and 3% of ICSI cycles result in fertilization failures that experts still cannot explain. Now, research carried out by Eugin Group scientists has shed light on the causes of this phenomenon through the large-scale proteomic analysis of sperm.

The research, which is being presented today at the 35th annual congress of the European Society of Human Reproduction and Embryology (ESHRE) in Vienna, has had the cooperation of Dr. Rafael Oliva’s team from the Faculty of Medicine of the University of Barcelona, and is part of the industrial doctorate student plan promoted by the Generalitat of Catalonia.

The work has shown that there is a relationship between alterations in different sperm proteins and fertilization failures. Thus, the study endorses the view that in the near future, the analysis of sperm proteins could be a valid technique to diagnose fertilization failures and, more importantly, to predict them and thus rule out the sperm samples affected by these molecular alterations. “We need to keep moving forward with more basic research, but the results of our proteomic analysis could be useful at the clinical level,” explains Dr. Marc Torra-Massana, one of the authors of the research presented at the ESHRE conference.

The researchers, who carried out their study at the Eugin laboratory in the Barcelona Parc Científic, based their investigation on the analysis of semen samples from twelve men who had resorted to ICSI with mixed results. Four of them suffered more than three consecutive fertilization failures, while the other eight reached a fertilization rate of over 75%.

During a laboratory study that lasted more than 2 years, the scientists carried out a proteomic analysis of the samples using mass spectrometry. This is a technique that allows us to identify a large amount of proteins and has been used in other investigations to analyze sperm dysfunctions, such as asthenozoospermia (sperm motility problems), but which, for the first time, has been used to analyze fertilization failures.

After identifying 1,400 sperm proteins with the mass spectrometer, the researchers found that nine, including five mitochondrial proteins, were crucial. Thus, they found that the sperm samples that showed alterations in the expression levels of these proteins – which had too many or too few – were the ones that had had fertilization failures.

According to Dr. Torra-Massana, the results of this study may help identify diagnostic and predictive markers for fertilization failures in ICSI. In addition, he adds, “they help us to further dissect the paternal molecular contribution to a successful fertilization”.