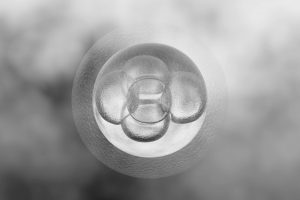 A study by Eugin’ s laboratories, assisted reproduction and fertility clinics, has identified a number of patterns by which female embryos develop earlier than male embryos. According to the researchers, the most significant difference lies in a phase of the embryonic process, known as cavitation, where this difference between the sexes was detected.

The research, which was presented today at the congress of the European Society of Human Reproduction and Embryology (ESHRE 2021), compared, by means of time-lapse technology, the development times of 102 embryos from in vitro fertilisation treatments using donor eggs. The study was carried out by analysing the data collected retrospectively, once the babies had been born (51 boys and 51 girls), given that in our country it is not possible to know the sex of the embryos at the embryo stage.

The phases the scientists took into account in the study were those related to fertilisation; the first cell divisions; the onset of cavitation (where they observed a two- to three-hour advanced development of the female embryos); and the arrival at blastocyst, the last stage in the process, which occurs between days five and six after fertilisation.

“Despite these average differences, embryos generally have a very similar development, and what’s interesting about going deeper into this phase is to better understand the basic biology of development,” said Dr Meritxell Martínez, an embryologist at Eugin and one of the study’s researchers.

Martínez stressed that time-lapse technique has made it possible in recent years to broaden the field of research related to the assessment of embryonic development times (morphokinetics) and to gather significant data that until now could not be drawn from traditional morphological research.

During the most recent annual ESHRE meeting, researchers from CIRH, a centre belonging to the Eugin Group, also presented a study that analyses different embryo transfer strategies aimed at maximising the rate of children born through in vitro fertilisation processes while minimising the rate of multiple pregnancies.

For this purpose, an analysis was made of 2,470 embryo transfers in women aged 38.7 years on average, in which the reproductive results obtained after transferring 1 or 2 embryos of different morphological categories were studied. The embryos were classified according to the recommendations of ASEBIR (Association for the Study of Reproductive Biology) and were grouped into 3 categories: high, medium and low.

The study data concluded that the increase in the birth rate observed when transferring two embryos at a time instead of one was mostly due to an increase in the rate of multiple pregnancy. Based on these results, the researchers developed a statistical model that allows them to identify “embryo pairs” that maximise pregnancy when transferred together, but which keep twin pregnancies low.

View research poster “We aim for one baby, not one embryo: a personalized ET strategy based on embryo score and woman age maximizes LB and minimizes twins”